The End of the World – Sagres Portugal

As you gaze across the most south-western tip of Portugal you feel like the next thing out there is Canada and specifically PEI with it’s red cliffs and sandy beaches that are such a reflection of the Algarve, you can actually almost believe it split off from a part of the Algarve.

Our first stop was Fortaleza de Sagres, built in the 15th century to help prevent raids from pirates.  Henry the Navigator started off many of his expeditions from here during the Age of Discoveries.  It was a safe place for the boats to wait for the winds to change as they set off to discover new territories.  Now the beach is a haven for surfers.  When we first looked down we thought they were all seals and then realized they were surfers in black wet suits waiting for the next wave.

If you want to walk around the cliffs be sure to pack running/hiking shoes.  Rocks, stones, dirt made the walk a little wobbly.  The top of the cliff is as flat as a pancake, but definitely wouldn’t want to do it in sandals.  MJ and I both used my walking poles to help with the unevenness of the ground.  Once inside the fort there is a 1.5 km pathway that goes all the way around the headland.  Absolutely stunning.

Perched on the top of these cliffs were a number of fishermen.  They had these huge poles which they were dropping 75m down into a very rough Atlantic ocean.  I can’t picture how they would be able to pull a fish up without it being battered to death on the cliffs.  They wandered the cliffs like billy goats with not a care in the world about being blown off.

Inside the Fort we visited the beautiful little chapel.  Another little piece of home appeared, the church was called “Our Lady of Grace” which is the church MJ attends in Aurora. 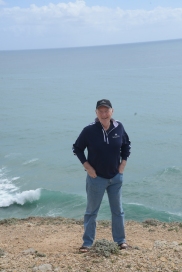 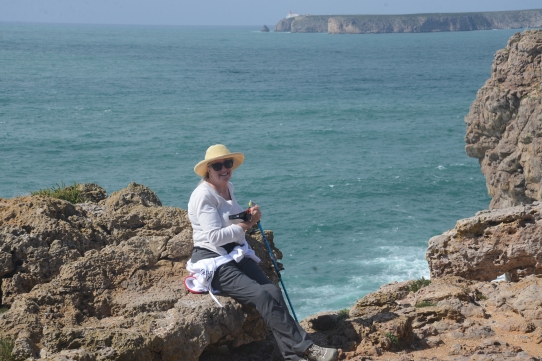 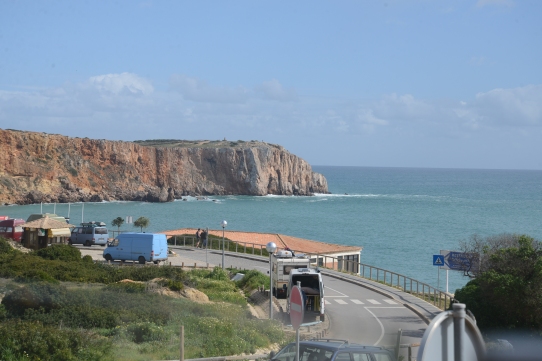 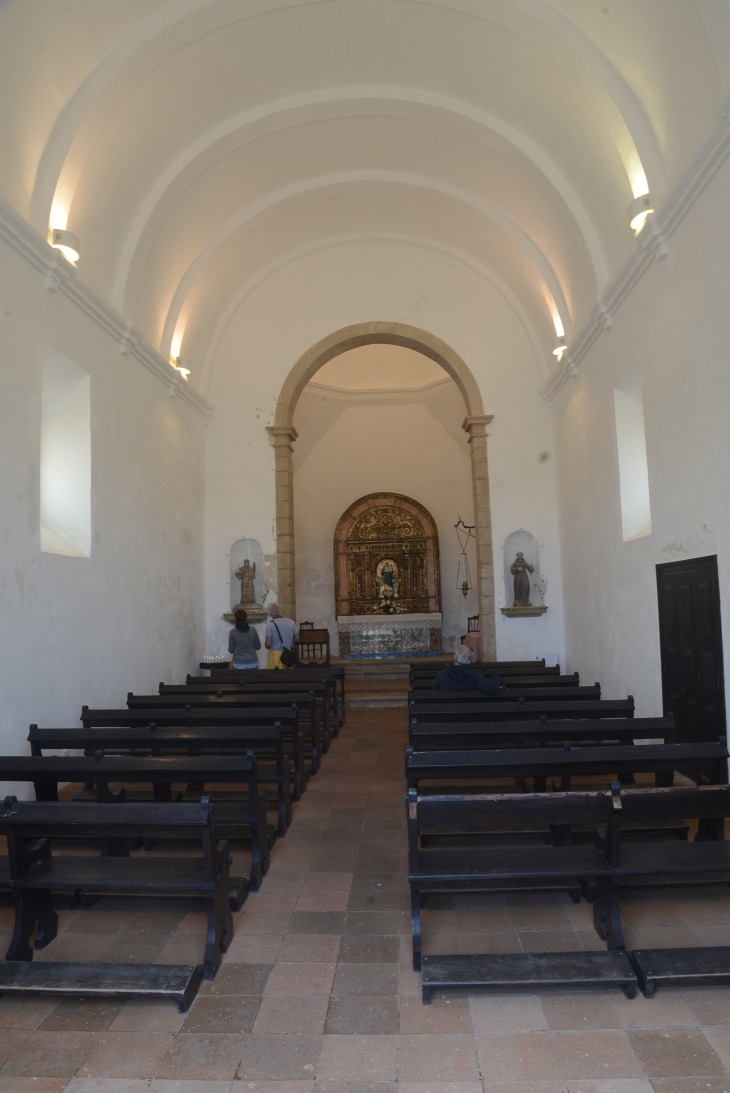 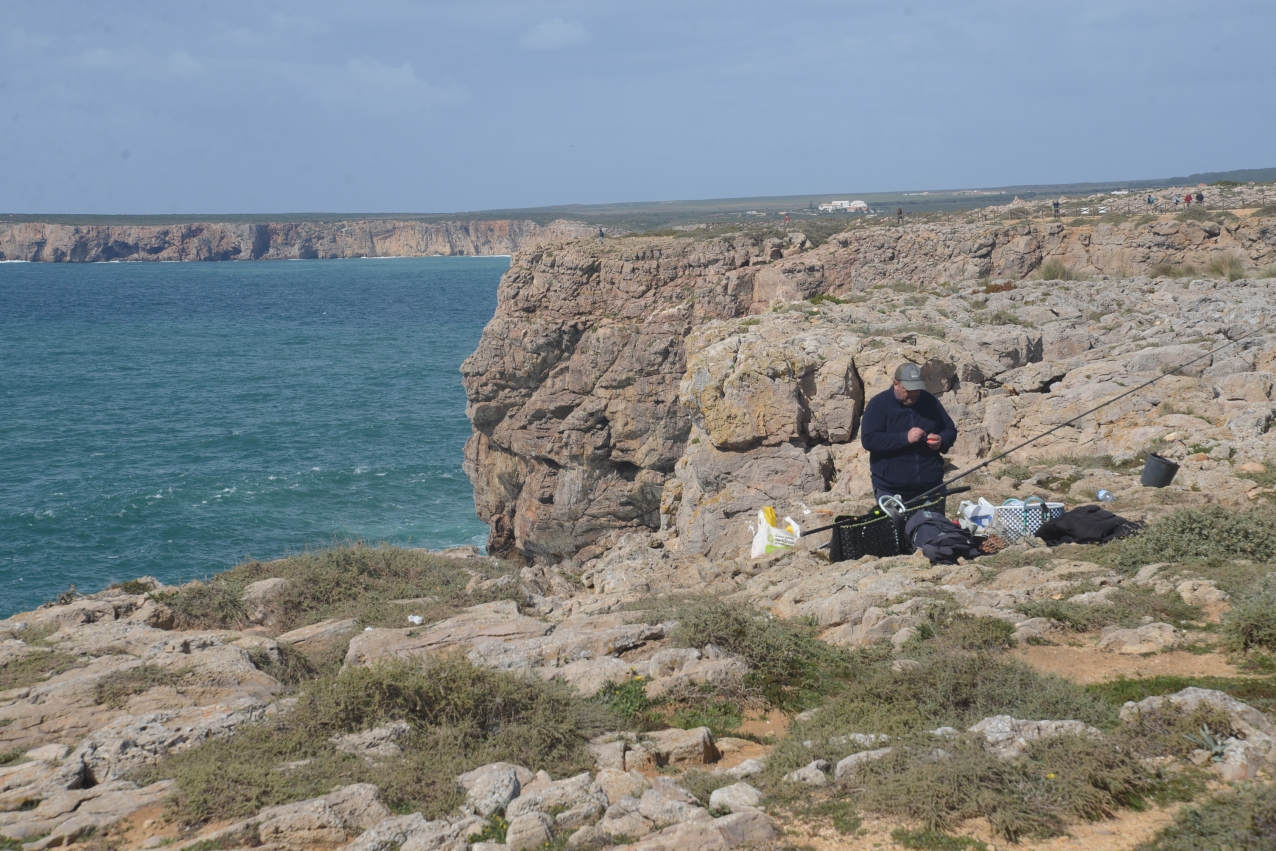 Just 4 km down the road is Cabo de Sao Vicente, the sacredness of this point goes all the way back to the beginning of the world.  The Greeks and Romans had temples here.  Now it is named after a 4th century monk.  His monks used to light fires where the lighthouse stands now to help guide fishermen. 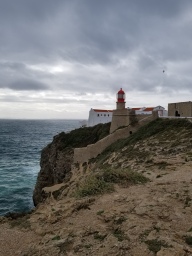 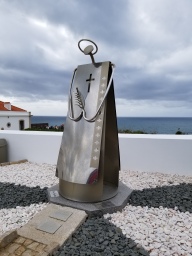 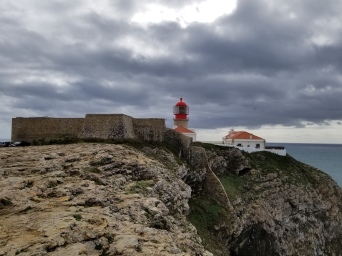 Being on the coast the weather is constantly changing and quickly.  Luckily we didn’t get any rain where we were but it sure looked threatening a few times. The dark clouds added a more dramatic touch to the pictures.

This lighthouse has continually expanded over the last 600 years, becoming full automated in 1982.  The number of souls that have been saved from the lights and hard life of the lighthouse keepers is probably uncountable and continues to this day.